The development and proliferation of SCADA, CAN, Intranet, and Cellular systems has increased the requirement for electronically controlled valves that interface with these systems.  The OCV Series 22 Digital Control Valves were specifically designed for this task.   While retaining the advantages of simplicity and line pressure operation, these valves offer an ease of operation and degrees of flexibility not previously achieved.

*Note: For clarification, of electronic terminology refer to the OCV Electronic Glossary 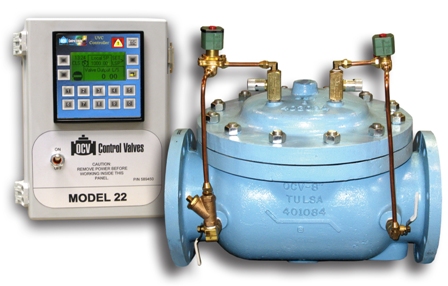 The OCV “Universal Valve Controller” (UVC) is a series that has been built and designed to provide numerous control functions for the OCV control valve.  In addition, the UVC can be customized for specific user requirements.

In addition to the above features, two upgrade models are available.   They include all of the above options, plus what is listed below. 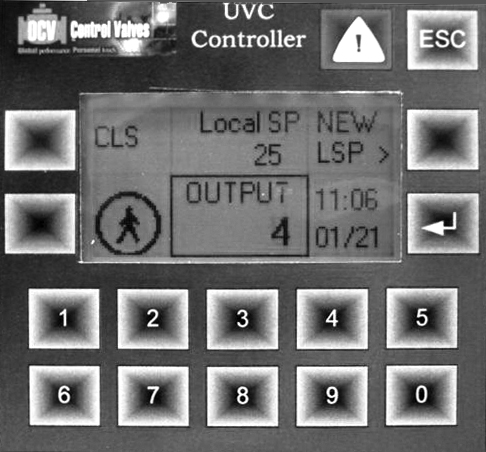 Features of the UVC Basic: 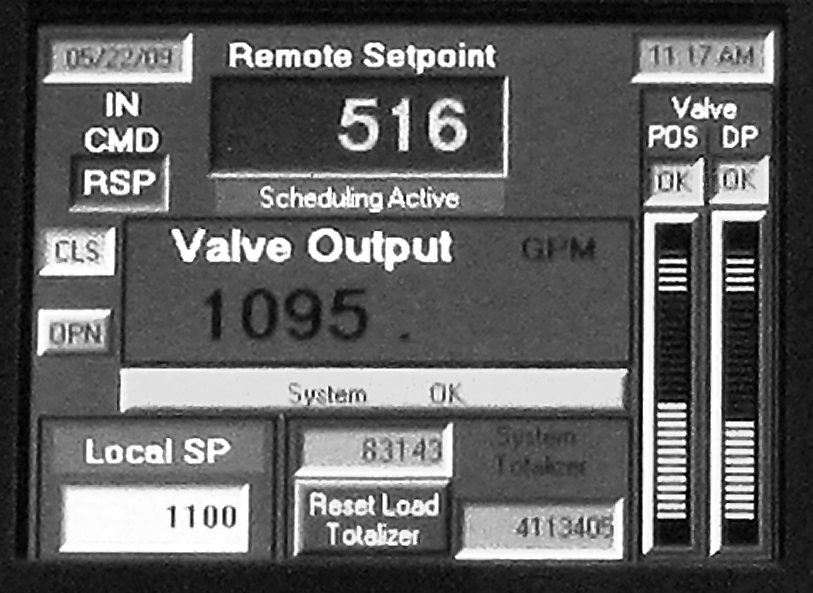 Specific Features of the UVC Ultra:

The system consists of:

The UVC Controller is the electronic brains of the system.   It is a highly sophisticated electronic module whose purpose is to control a process variable (flow, pressure, etc).   The UVC receives input, compares it to the desired control setting and then sends electrical power to the valve solenoids until the desired setting is reached.

The 115-3 valve is the dual solenoid, diaphragm actuated control valve for the series 22 electronic control valve.   It is positioned by its two solenoid pilots (2) and (3).   With pilot (2) closed and pilot (3) open, the diaphragm chamber of the main valve (1) in vented to downstream and the valve moves further open at an adjustable rate.   Conversely, with pilot (2) open and pilot (3) closed, inlet pressure is applied to the main valve diaphragm chamber, moving the valve further closed at an adjustable rate.  Finally, with both pilots closed, the diaphragm chamber is “hydraulically locked” (no flow on or off the chamber) and the valve holds its position.   The 115-3 valve can be ordered with normally open, or normally closed pilots.   In the event of failure, the valve will close, open or hold its last position depending on which failure position is specified.

The UVC receives a signal (PV) from the process transducer and compares it to the programmed set point.   If the PV is outside of the small dead band around the set point, the controller begins pulsing the appropriate solenoid pilot open and closed on a time proportional basis, with the amount of open time directly proportional to the deviation from the set point.   Hydraulic locking occurs when the process variable is within the dead band around the set point.   The pulsing action enables the set point to be maintained within close limits, with a minimum of overshoot or “hunting” when process conditions change.   The locking action gives the valve extreme stability, even at highly throttled (low flow) positions.   The UVC can be configured to either close, open or hold last position in the event input signal failure.

A Process Transducer is a device that converts pressure flow, temperature, or level to an electrical measurement (e.g., Volts, Milliamps, frequency or pulses). 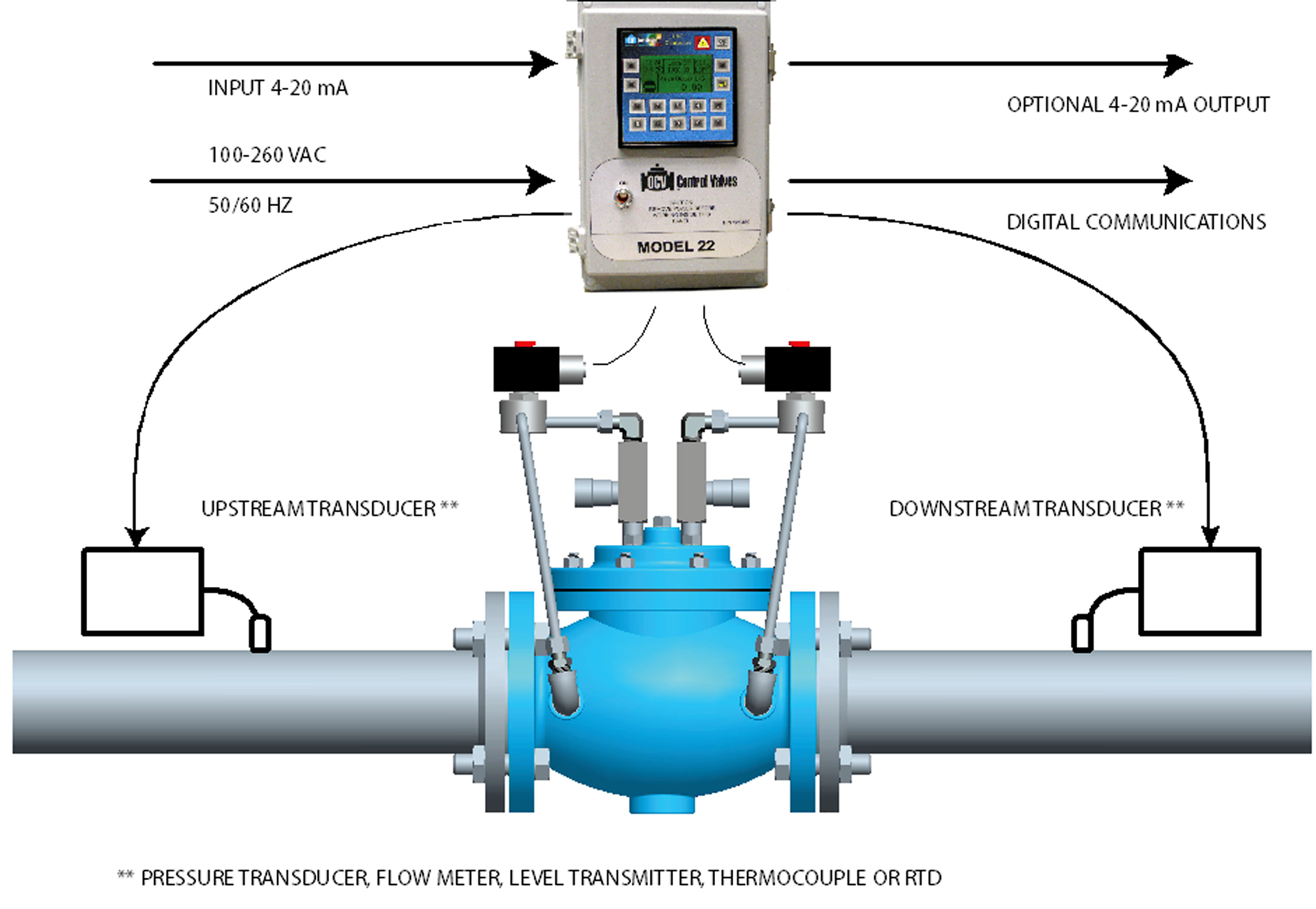 For the most comprehensive procedure in sizing Electronic Control Valves, it is best to use our ValveMaster software. In it’s absence, the following procedure will generally suffice. 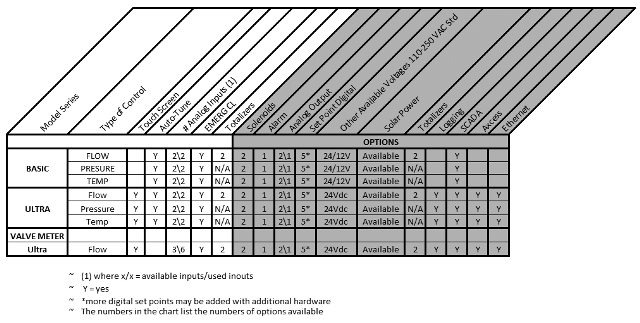 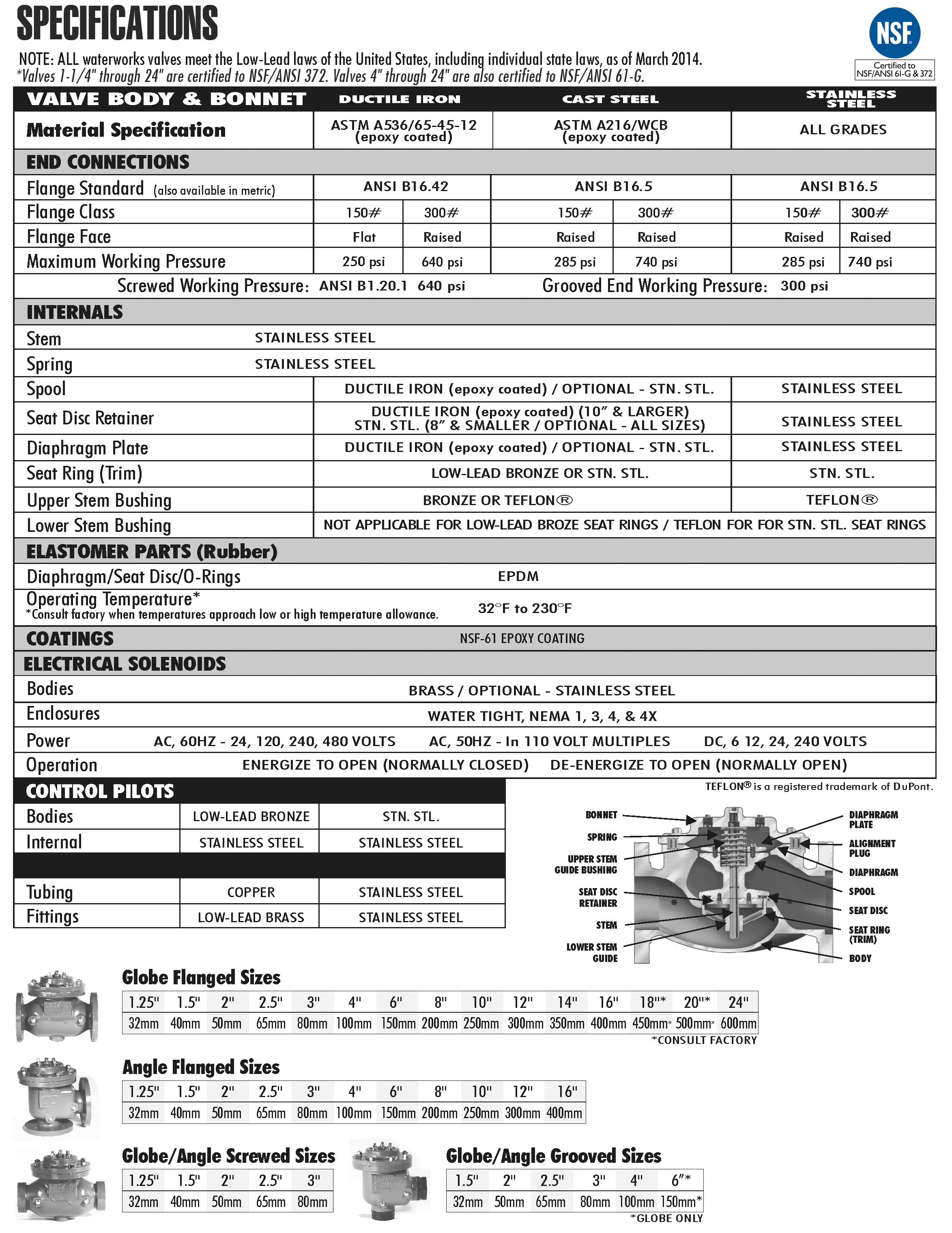 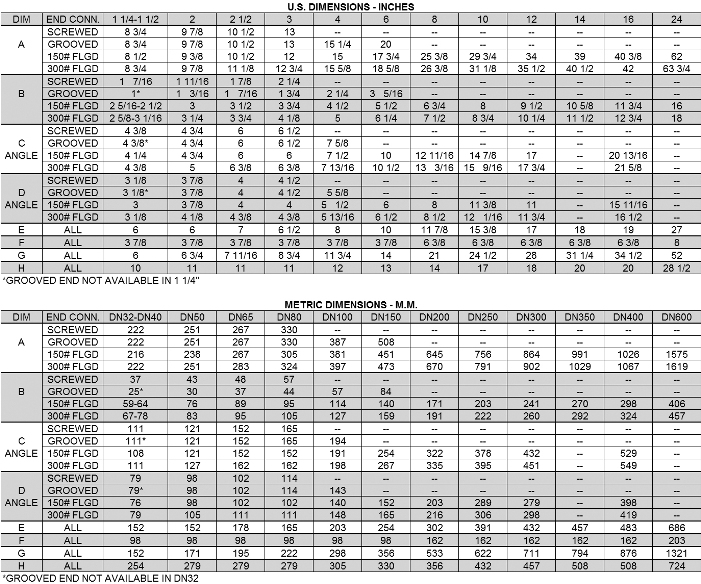 HOW TO ORDER YOUR VALVE: