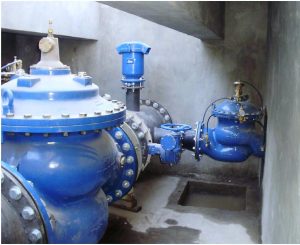 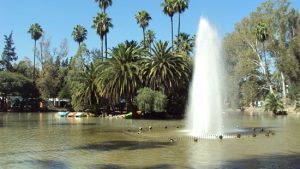 The city of Salta, located in the Lerma Valley is situated in the northwestern part of Argentina. There are more than 600,000 inhabitants in the metropolitan area, making it the second most populated city in that area of the country.  Previously, via tanker trucks, the city supplied only well water to the majority of residents. The idea of laying the city’s southern, entirely gravity-fed aqueduct was conceived as a way to improve water supply throughout the metropolitan area.  When it was time to expand and improve the city’s waterworks network, the expertise of OCV Fluid Solutions and its partners were called upon.  It was determined that 8 Pressure Reducing Stations would be spread across the entire water system of the city of Salta.  Within each of those 8 stations, a system was created.  Each of those systems were comprised of the following: OCV’s Dorot Series 300 Pressure Reducing Valves (varying in size from 12” to 24”), a Quick Open Relief Valve, 2 Air Valves, and 2 Shut-Off Valves.  These systems are capable of assuring a fixed and stable downstream pressure, regardless of the upstream pressure or demand flow.