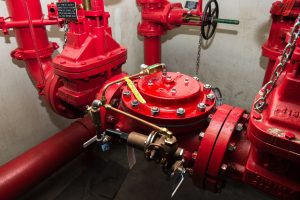 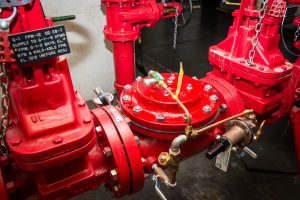 For 30 years, a single pressure reducing valve played an integral part of the fire suppression system at Grand Coulee Dam’s Left Powerplant. As the largest hydroelectric dam in the United States, Grand Coulee Dam must be kept safe and secure so it can continue to deliver water and power to the west. A fire suppression system is an integral part of keeping the critical facility safe.

Grand Coulee Dam, located on the Columbia River in the state of Washington, was built from 1933-1941 for power generation and irrigation. In the 1980s, a 6-inch Model 127-3 pressure reducing valve, manufactured by OCV Control Valves in Tulsa, Oklahoma, was installed in the Left Powerplant’s fire system and worked reliably for more than 30 years. After three decades of use, dam officials at the Bureau of Reclamation knew it was time to begin a replacement project as the valve, though still working, was nearing the end of its useful life.

After realizing that revamping the dam’s 75 year old plumbing system was not an option, the decision was made to replace the valve with an OCV valve identical to the previous model.

In order to replace the valve, hydropower production had to cease during the installation. For safety reasons, the generating units can not be run without fire protection on the transformers. To ensure a quick turnaround time, the OCV Control Valves team worked closely with the Bureau of Reclamation team to deliver the valve pre-set to the correct valve pressure. OCV sets all valves and tests them to requirements before shipment.

“The new valve installation took less than one day and two men to install, leaving the plant without power for a minimal amount of time,” said Ty Murray, a Reclamation hydro mechanic at Grand Coulee Dam. “It was important to switch out the valves quickly to ensure continued safety and power of the surrounding areas, due to the dam being without water for fire protection during the installation.”

Though the new OCV valve is expected to provide over 30 years of service , Reclamation ordered a second valve to have one on hand as an additional precautionary measure. “The entire project was a success,” said Murray. “Being able to receive a duplicate of the original valve enabled the dam to continue generating power without having to make additional upgrades. As for working with OCV, they were very helpful. Not only did they always answer our questions and make sure the valves were exactly what we needed, but they were also able to provide us with two new pre-set valves in about three to four weeks.”