The Model 812 Float Pilot is two-way, rotary-disc design suitable for both modulating and on-off service. In modulating service, the 812 can be configured for either flow into the tank (rising float closes main valve) or out of the tank (rising float opens main valve). In either, the valve maintains a constant level. Positive shut-off of the main valve is accomplished if the level raises the float to its highest position. 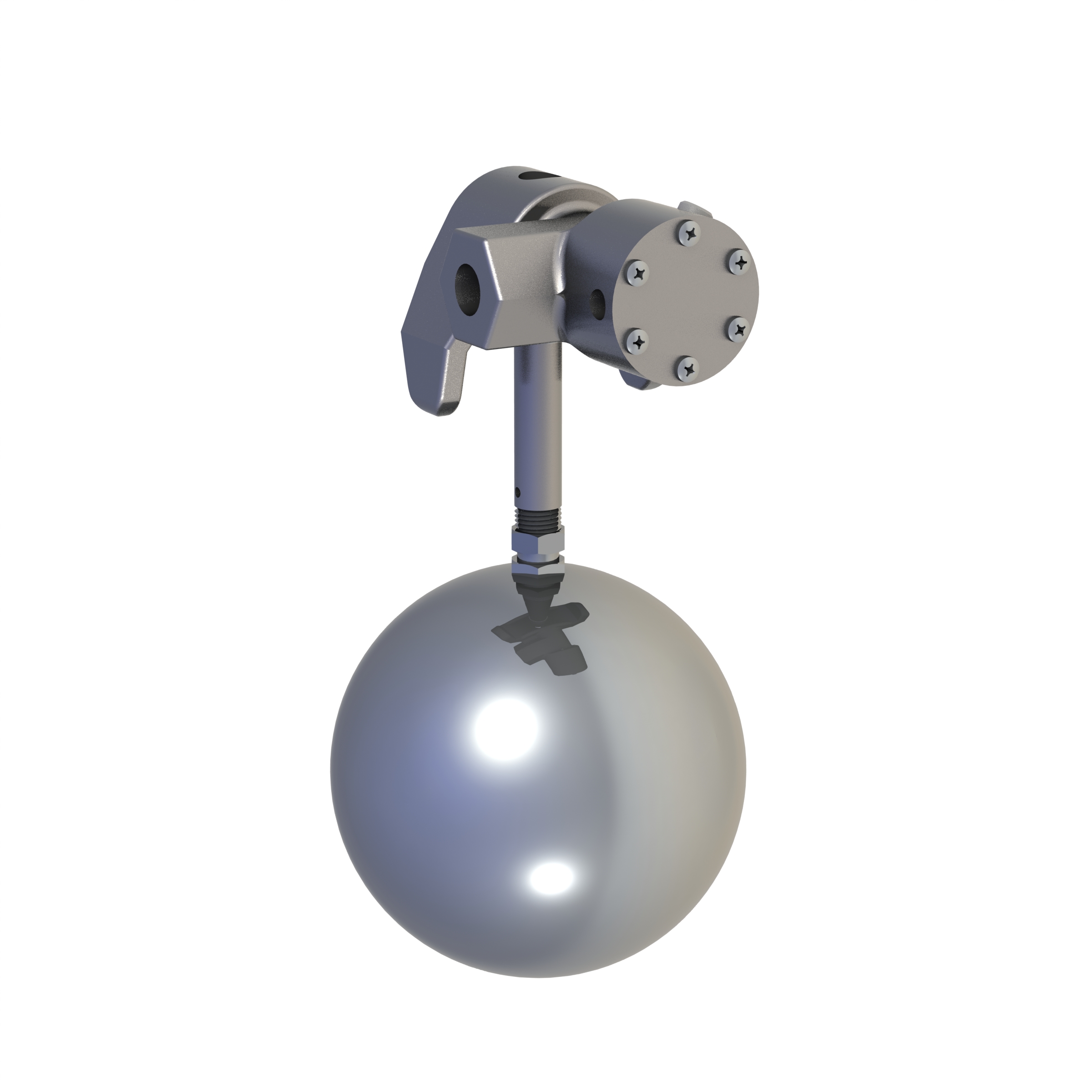 The 812 is easily installed in the tank. The supply piping from the main valve connected to the 3/8″ NPT inlet port holds the pilot at the desired level. Minimum recommended size for this line is 1/2″ OD tubing or 3/8″ pipe. The 3/8″ exhaust port may be left open to flow into the tank, or piped back to the discharge of the main valve. The latter should be done to avoid cross-connection or with flammable liquids.

The Model 812 is shown on OCV Valve Schematics as: